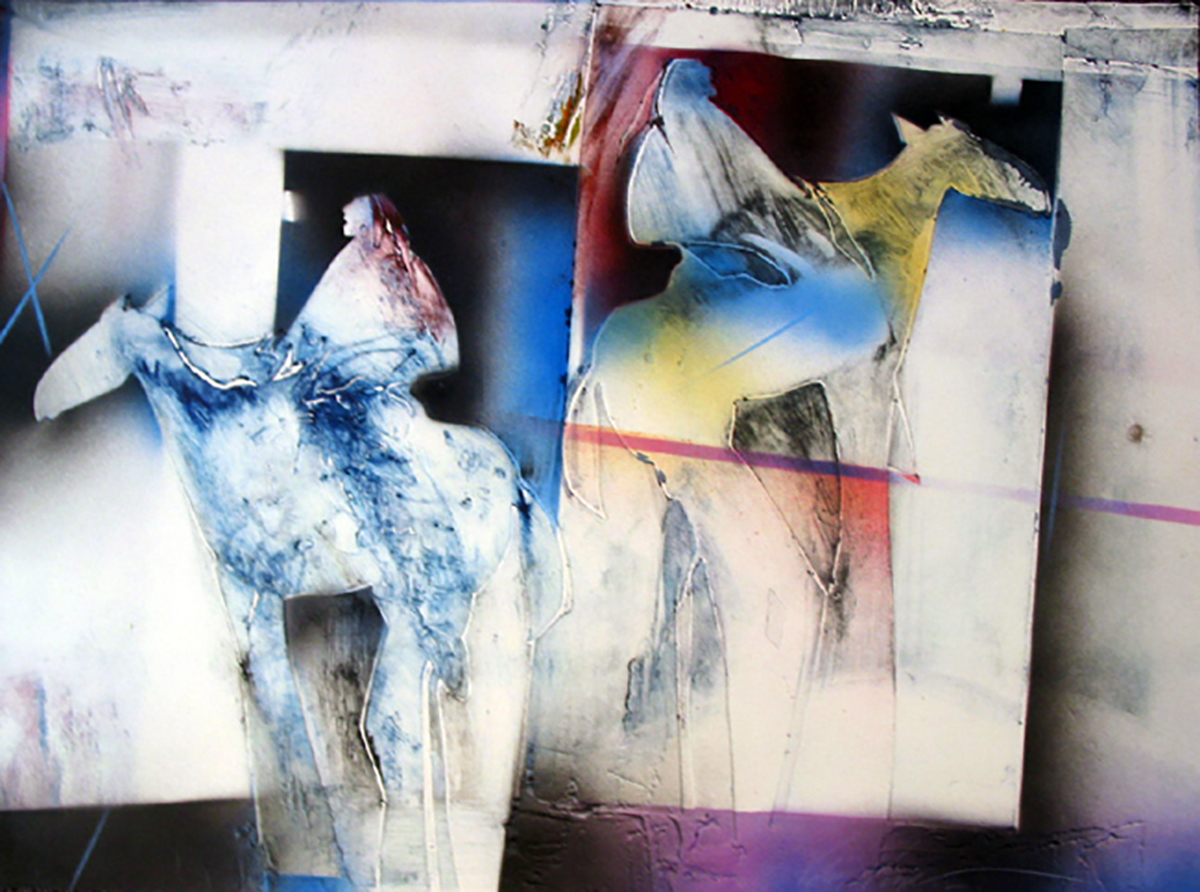 Veloy Vigil (1931- 1997) was born in Denver, CO. He is celebrated for his strong use of colorful abstract shape which often refer to bits of the culture of New Mexico. Working primarily in acrylics, Vigil seeks to show motion as well as emotion in his paintings. Vigil sometimes uses watercolor as a medium in which to sketch out ideas for larger paintings. Other mixed media that he uses include gouache, cast paper, and bronze. Lately, Vigil has been enjoying making sculpture and likes to work on several projects at one time. Vigil was born during the Depression in 1931 to very young parents working in the sugar beet fields of Colorado. The first art that he remembers seeing was in the Catholic church. He began to take an interest in art during high school and later joined the Marine Corps. With the help of the G.I. Bill, Vigil attended the Denver Art Academy and the Colorado Institute of Art. He worked for a greeting card company upon graduation where Vigil only had time to paint on Sundays. He began to enter nation competitions and won the Winsloe Homer Memorial Award. Eventually Vigil was able to own his own gallery and produce his artwork full time. His two sons have followed in his footsteps. For the last part of his life he lived and worked in Taos, NM 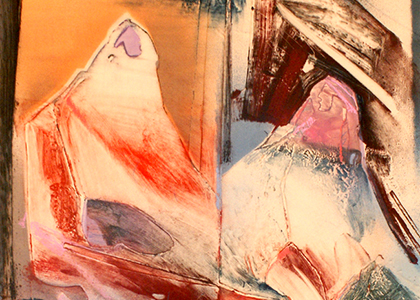 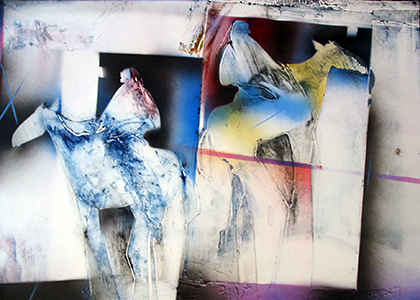 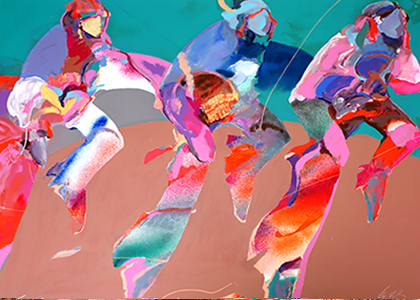 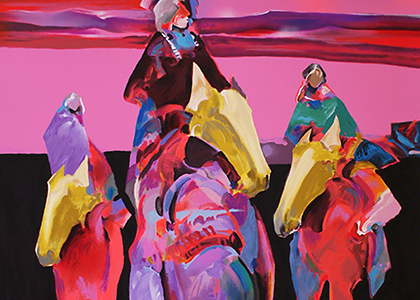